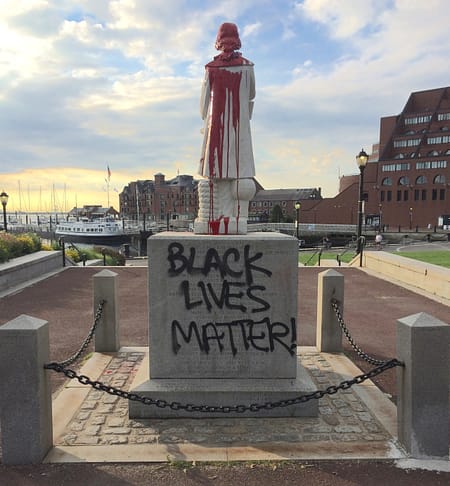 In an effort to gain more clarity about the present crisis in the practice of democracy, I decided to look into the matter and share what I found in an open letter to you. This letter contains some of the important historical factors that provide insight into recent events seen in many mainstream news stories. The crisis in American democracy is also a crisis in creativity possibility, and I am writing about it from my perspective as a visual artist who is committed to the idea that art can be an effective catalyst for individual and social transformation. The creative process consists of making informed choices to manifest in the world what is conceived within the imagination. Therefore, democracy makes imaginary and physical space for the creative process to reach its full expression. In turn, creative expression generates the vital force driving the progressive cultural impulse of a democracy. We need to produce culture because it is how we individually and collectively advance in our evolutionary process. We create culture because culture will help create who we will become and I truly believe the practice of real democracy helps us to reach our full potential. And that is why advancement in the Arts and Humanities is crucial to American culture.

In 1627, Francis Bacon’s magnum opus, an unfinished work of fiction called The New Atlantis was published. Bacon’s novel put into tangible form his utopian vision and political objectives for a new democratic society based on scientific and spiritual principles. Francis Bacon’s ideas contributed greatly to the founding of the United States of America which became a reality 149 years after Bacon’s death. For almost 400 years, The New … Click here to read more