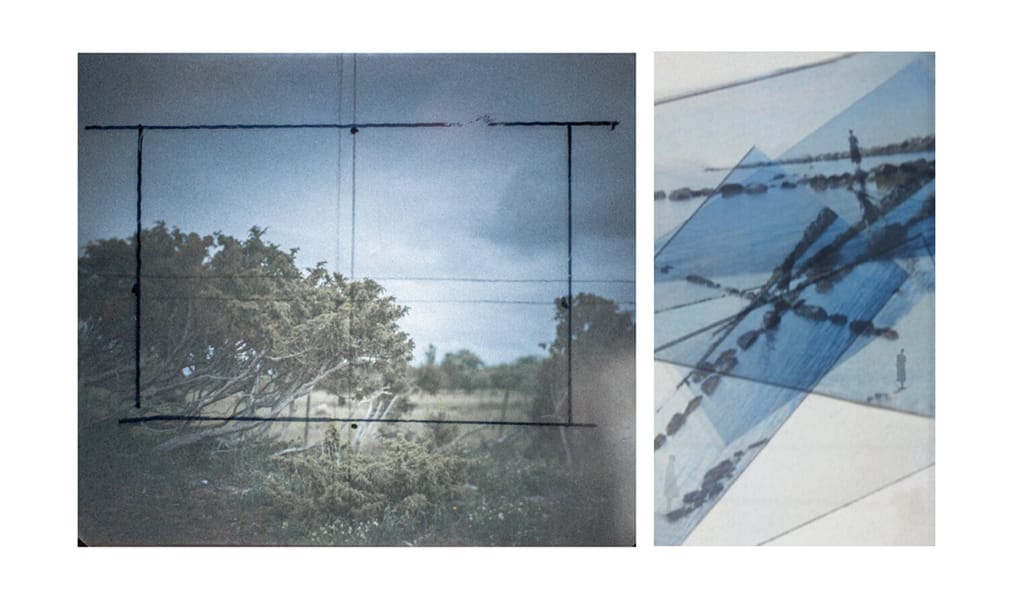 Florence Montmare was born in Vienna, and raised in Stockholm by Swedish and Greek parents who spoke German. At the age of 22, she ventured to New York City to pursue a career as an artist. She is based in New York and Stockholm and represented by Ivy Brown Gallery in New York.

I studied at the School of Visual Arts and the International Center of Photography in New York and for a few years afterwards I worked closely with some of the faculty, Sam Samore, and Robert Blake assisting and simultaneously making my own art. I went on to create my studio practice working in New York and Stockholm and exhibited in museums and galleries in Europe, such as Saarland museum, Casino Luxembourg, and the Centre d’art Contemporain du Luxembourg among other places.

All my work starts from my personal experience. Film, performance, music, painting, sculpture and poetry inspire me. My influences are also my diverse cultural background, having grown up in Vienna and Stockholm; plus I speak several languages.

I rely on my intuition entirely here. A piece is finished when I don’t have anything additional to say about a subject.

I don’t believe that art can be isolated, rather, it connects to the collective consciousness. As photographers go, we have to relate to the same rectangle or square whether you are a photographer or filmmaker. I have always felt more drawn to other disciplines as influences and inspirations for my work: performance, painting, poetry, sculpture, and film. My starting point is the personal experience, yet open enough to invite the audience as a participant, offering a space to think and connect on the personal experience.

In Scenes from an Island the overarching theme is transience and the human condition of isolation played out against the cinematic landscape of the remote Swedish island of Fårö. The work was created in a space of meditation and silence during several artist residencies offered by the Ingmar Bergman Estate. I wanted to investigate notions of time and transience in relation to the negative space in the landscape, stepping in and out of the frame, and also including other subjects in the photographs. The images read as tableaux vivants evoking the moment between stillness and movement, inward and outward, interior and exterior.

Moving to New York from Stockholm exposed me to so many new cultures in one place. A trip to South America with my Nikon cemented my love of photography. Meeting great artists such as Marina Abramović, Mary Ellen Mark, and Lilian Bassman. I admired Deborah Turbeville’s work greatly. I was lucky enough to have personal tea dates with her at her home in the Ansonia building. She mentored me and gave advice about my work. I realized how lucky I was and it was a very special time. The artist residencies I had were important to focus the work, and to keep conversations going.

My time working in Paris with Sam Samore was incredible, we created installations and met with “the noses” at the perfume company Quest offices and we made a film. I also created the design and concept for a couple of his books and photographed for him. The time spent at the Ingmar Bergman Estate residences, were invaluable. Watching my favorite film Persona in his 12-seat theatre, just steps away from the beach where it was filmed.

I am currently showing Scenes from an Island at Fotografiska New York as a virtual exhibition in 7 chapters. There will also be a series of socially distanced meditation events held at the museum on Park Avenue South connected to the individual chapters with video projections and specially composed mantra music to promote healing and transcendence. If you are in New York I encourage you to stop by. It’s very healing.

As for what’s next, I have a film in production which was shot on the island of Fårö, that will hopefully be shown on Swedish television soon, and I am currently revisiting a personal work titled Grove, made in Crete, and a project from my early days in New York called Apt 1A.

Learn to navigate the new landscape of art with all its technological aspects and advantages, but always remember to connect with your audience. Having a community is key; people who are supporting your work and development as an artist. You can’t do it alone!

Who are some of your favorite under-appreciated artists that you don’t think get enough attention?

I think women artists in general are under-appreciated. Deborah Turbeville should definitely have more attention, along with Claude Cahun, Lee Krasner, and Camille Claudel.

To learn more about Florence and to see more of her work, please visit www.florencemontmare.com.