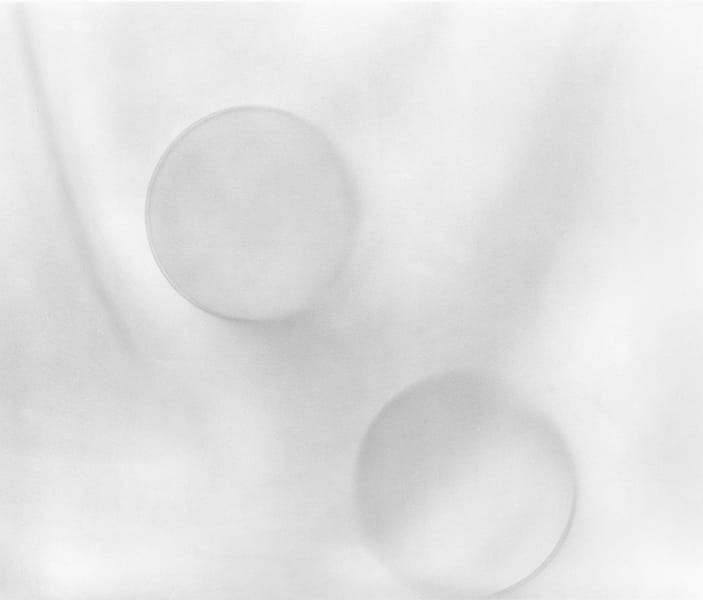 Lynn Stern was born and raised in New York, where she continues to live. Stern works with black and white film and indirect, natural light; since 1985 she has been doing studio work, using a scrim of translucent white or black fabric. The Lynn Stern Archive is located at the Center for Creative Photography, Tucson.

Why did you become an artist?

I never considered it as a child. My father had a collection of abstract expressionist work that he began collecting in the late 40s through the early 60s, so I grew up with a lot of amazing work on the walls, and, though I wasn’t conscious of it at the time, I found it intimidating:  it never occurred to me that I could become an artist – especially since I can’t draw! Then, in my early thirties I helped set up shots for architectural interiors – my first exposure to photography – and found that I loved composing through the lens. So, I started studying at ICP (the International Center of Photography) and quickly became hooked.

What distinguishes my work as a photographer is that I think of the medium as one of light, not representation. For many years I have been working in my studio with diffused north light and a transparent white or black scrim, making whatever object is juxtaposed with it less literal rather than more so; my goal is to make visible a quality that is invisible – to transform the object from something seen that is valued for its striking outer aspects to something seen that is valued as the expression of something unseen, but felt.

I have my own vision, as all artists do, so I think there are similarities – certainly in the quality of the light – between all my bodies of work, despite the differences in subject matter.  Beyond that, I would say that my recent and ongoing series are more abstract than my earlier work.

I will have work in a group show in Seoul in 2021 , and my essay, “Thoughts on Abstraction”, will be published in the exhibition catalog. And I have a 2-person show scheduled for February 19th through March 26th2022 at the Erin Cluley Gallery in Dallas.

I have no advice in terms of promoting one’s work, as I’m not very good at it, myself – it all seems to be about ‘branding.’ The only thing I would say is to do the work you feel compelled to do, not what you think will be ‘popular.’

As a photographer working with film, I can’t re-work a negative (with some exceptions such as intensifying it) the way a painter can re-work a canvas or a digital photographer can alter the image in a file.  However, I can treat the negative in many different ways when I print it. So, the work is finished when the print looks the way I want it to – which often involves re-printing it several times.

My ongoing series, “Mystic Light,” was inspired by a 1979 pencil drawing, “Work,” by Tomoharu Murakami. The image of a pale gray vertical form is so subtle that it’s barely visible, and it exudes a mesmerizing shimmer of light.  I wanted to recreate that shimmer. My other ongoing series, “Quickening”, as well as a new as-yet unnamed series, are offshoots of that – explorations of the idea that any pure geometric form can be rendered magical through the use of light.

I think my biggest thrill was when Barry Schwabsky reviewed my first monograph, Unveilings, in the December 1988 issue of Arts Magazine. It was totally unexpected, and I was overjoyed.

Who are some of your favorite under appreciated emerging artists?

Gail Marks, Bill Hall. and Kyle Simon are some of my favorite under appreciated artists.

To learn more about Lynn and her work, please visit www.LynnSternPhotographs.com