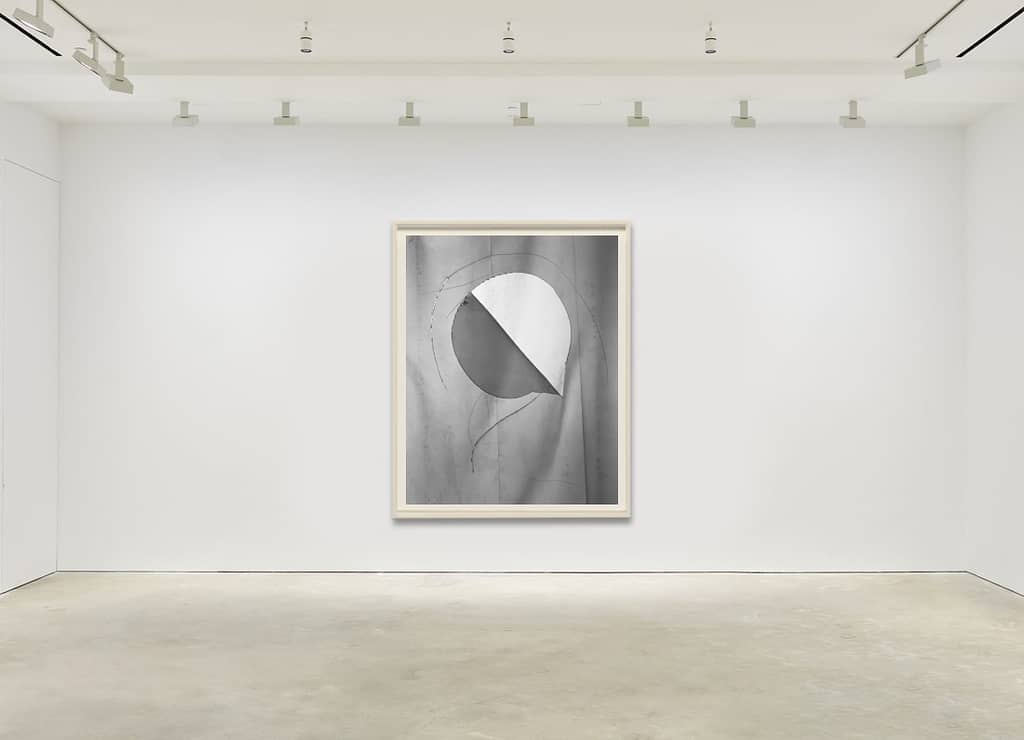 In his first solo show with Robert Berry Gallery, Connecticut-based abstract and found still life photographer Terence Falk’s intriguing and documentational, almost evaluational, photographs of the world taken with a large format camera. They’re about the natural world, but break it down into abstract shapes and form, evoking the viewer to slow down and rethink the world right around them. There is beautify and mystery right around us; it just takes a keen eye to find it. The artist has done just that.

Falk’s first passion as an amateur zoology thrived due to his observant nature. He minded snakes, butterflies, flatworms, and anything else that caught his fancy, and learned to observe them on a macro level through a microscope. He taught himself about every species of animal that lived at the shoreline near his home, and the nearby ponds and streams. At sixteen, photography entered his life, and has served to reaffirm the natural connection to the natural world that he felt since he was six, albeit on a more introspective level.  He wanted to continue discovering the world, but even though the tools are different, the passion for observing has never ceased. In 1976, he bought a Lindholf 4” x 5” view camera, since he was drawn to subjects that beckoned a slower, more intense process of photographing. The artist was right back where he started observing the world through a microscope, but now armed with a camera and documentarian approach.

Falk received his BFA in photograph at the University of Bridgeport in 1977. In 1986, the artist was awarded an Artist Residency Fellowship at the Virginia Center for the Creative Arts in Sweet Briar, Virginia and in 1996 he received The Weir Farm Visiting Artist Fellowship. His solo exhibitions have taken place at Keyes Gallery, the Center for Maine Contemporary Art, Allen Sheppard Gallery, and others. Falk’s teaching credentials include institutions such as The International Center of Photography in New York, The Maine Media Workshops, in Rockport, Maine, The Fashion Institute of Technology in New York, and Paier College, in Bridgeport, Connecticut.

The photographer states, “the conception of this show began as a literal one, as the Passage Series grew to include photographs which reflect a metaphor for change and transition.” His work showcases the passage, and also standstill of time, in a complex relationship that reflects the natural world on a deeper level through the heterogeneous images in his oeuvre. He’s always looking for the places in-between things, and is drawn to objects that are subtle and tenuous. He discusses his journeys on the purest level, as he looks to capture the light, the sounds, and the smells in his images. There is an entire mood behind the taking of each photograph, and that documentation is equally important to the finished work. Pathways, passages, and doorways that lead to the unknown are of particular interest, as they are an invitation to be part of something, for both the artist and the viewer. Each longs to discover what is just out of sight around the proverbial corner.

The exhibition features 15 works taken over 20 years, all available in editions of 5 at either 35 x 44 in (89 x 112 cm) or 30 x 24 in (76 x 61 cm) depending on the photograph. As a whole, the exhibition gives the viewer a sense of tranquility and joy, but there is an element of surprise and uncertainty as the answers are just out of reach since the environments are flattened, perspectives are skewed, and humanity and scale are devoid in every piece.

The standout The Place of Noises, Moodus, Connecticut reminisces of Hudson River School founder Thomas Cole’s View from Mount Holyoke, Northampton, Massachusetts, After a Thunderstorm (The Oxbow), but synthesizes the reference into contrast, shape, and form. One of the key features of Cole’s painting is the contrast between the untamed wilderness on the left and civilization on the right where the viewer can almost cut the painting into two distinct sections. Falk’s image depicts a snowy traverse with a flattened perspective that focuses heavily on the contrast between the whitened ground and the dark barrier. Cole used contract to make a point about the growing civilization, whereas Falk uses it as a structural element defining the picture plane since there is almost no depth to the work. Falk’s work also obscures the natural elements by merging the foreground and backgrounds, and has no trace of people, unlike Cole’s that even contains a self-portrait.

The work Corridor, Clinton, Connecticut is one of a standard vanishing perspective, but with the fog and snow, simply dematerializing into the white abyss. Comparisons to American and Finnish photographer Ola Kolehmainen could be argued here, and it would make a compelling case. In his monumental photographs of modern architecture, Ola Kolehmainen zeroes in on a building’s unremarkable details, reducing facades to simple forms and blocks of color evocative of abstract minimalist paintings. Falk, like Kolehmainen, break the world down into complicated shapes, but where Falk really stands out is the removal of humanity, and the focus on texture and gray tones. It is a similar approach, but Falk’s natural images have more of a softer, and full of life and contemplation, where Kolehmainen’s world is colder and more rigid. Corridor, Clinton, Connecticut builds another to the vanishing point by documenting the whiteout juxtaposed with the fading lines of the surrounding shapes fading into the distance as they get covered by the snowfall.

The third extraordinary photograph is Found Assemblage, East Hampton, Connecticut, which is dark image of what appears to be sawdust falling on the ground like snow, inside a tear shaped linear object. This work is more in line with Lucio Fontana’s Concetto Spazialeworks that lead the viewer think of a vast and dark universe with millions of shining stars materializing and dispersing all the same time. Fontana’s works are very minimal, and Falk’s work is a bit more nuanced with texture, variance of colors and sizes, and his “stars” are more allover and encompass the entire picture plane. Falk invites the viewer to investigate the contrast between the actual bits of debris on the ground, the dark ground, and the scale and size of the Milky Way galaxy that the viewer immediately ponders when looking at the photograph. All the stars we can see in the night sky belong to our own galaxy, just like all the objects captured in the image are right in front of us, and yet so far away. When thinking about Falk’s intent, we can see that the work also operates on a macro-level of cells under a microscope. This is where things get even more interesting to the viewer.

Falk is attracted to the narrative relationship between that object and its environment, and his approach of closeup observations create an abstracted view of reality. In theory, a photograph cannot truly be an abstract image, as it’s capturing a precise moment in time with light falling on a photosensitive surface. But as soon as the image becomes non-representational, it starts to stretch the barrier between a documentation of the world, and an abstracted representation of reality. His work is a search for the edge of a place, and for things that go unnoticed, and the documentational approach creates a translation from discovery to interpretation.

Falk’s abstracted and minimalized photographs present questions about reality, in his interpretation of the world  he discovers; the result is left up to the viewers to uncover and interpret for themselves. The photographs are ambivalent, but the photograph is precise; it’s these two divergent concepts that are what makes Falk’s work so important to contemporary photography. The traditional notions of photography remain, but he pushes the boundaries into what a photographic image can and cannot be. Allusions, hints, and allegations of reality remain, but what the viewer takes away is that the realism is just an illusion.

Terence Falk’s “Remains to Be Seen“ solo exhibition runs through August 15th. Check it out now at www.RobertBerryGallery.com.