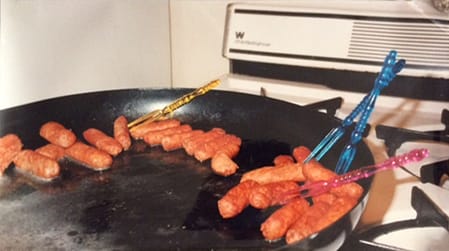 LGBTQ+ Creativity In 2022 and Some Fierce Rhetorical Questions

In thinking about my subject position as an elderly Black Gay man and a conceptual visual artist, I propose that LGBTQ+ Art is not just about LGBTQ, intersexual, androgynous or pandrogynous identities but it is also consisting of a creative, imaginative practice in which people who identify as LGBTQ+ see ourselves in the world in ways that makes the unconscious conscious and visible in the physical world. We courageously explore the realm of the subconscious and its contents and we inhabit various intersections of subjective experience and imagination with the Cosmic Feminine as we marvel at her ability to invent new forms and venture into uncharted territory that exists beyond hierarchical and binary categorization. Our creative impulse calls forth—out from the subconscious mind, through the repressive barrier, authentic revelations which capture the conscious mind and radically reorders, reframes or rejects what we previously claimed to know about ourselves and our connection to others and the Cosmos. As a result, LGBTQ+ creative activity moves us from private space into the public sphere, from the personal to the political in service to our individual evolution, the progress of contemporary organized society and the biosphere. The elan…the je ne sais quoi of it all is so absolutely sumptuous that I can hardly breath! But how will LGBTQ+ creativity be implemented to navigate the surprising shifts occurring in the current global system that’s unfolding before our very eyes?

In 2020, we are charged once again to creatively meet the challenges of another life-threatening global pandemic within the last 40 years, in addition to the existing threats to our right to exist. International drag superstar, The Divine David stated that death was used to give meaning to the 20th Century. Oh yes, he made a very … Click here to read more